Father Jusepe de Arriaga of the Company of Jesus 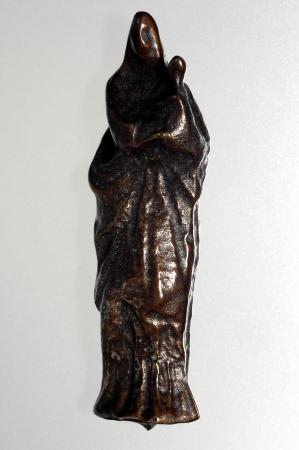 Pablo Jusepe de Arriaga was born in 1562 in the town of Vergara, in the Basque region of the north of Spain. He was described as being “… of small stature, somewhat less than average; round-faced; rosy-cheeked; lively eyes; large forehead; sparse, graying beard; with a venerable aspect that gave off holiness and devotion.…”1

Father Arriaga was later appointed Visitador, or investigator, tasked with looking for Indigenous Peruvians who were straying from Christianity back to their traditional beliefs. As part of this mission, he founded a conversion center in Lima for recalcitrant Native shaman. Arriaga is perhaps best known for his 1621 book Extirpación de La Idolatría del Pirú (Extirpation of Idolatry of Peru), a detailed description of Inka religious practices, written so Spanish clergy could recognize what were then considered blasphemous activities and quash them. His almost anthropological documentation of Native Peruvian religion is regarded as the best contemporary accounting of the subject. It has been translated into English and remains in print to this day.3

Arriaga was returning to Spain for high-level meetings to gain support and assistance to help the church grow its mission in Peru. Earlier in 1622, Arriaga had been appointed by the Provincial Father of Peru to take care of “important business,” including the founding of new schools. This expansion would require the approval of the King and Council of the Indies.

Arriaga sailed on the Santa Margarita but, in an interesting illustration of the familiarity between some of the passengers on the galleons, he knew Nuestra Señora de Atocha passenger, Martin Salgado de Rivera. De Rivera, who was the Peruvian viceregal secretary, had granted Father Arriaga license to publish his book on behalf of the Viceroy of Peru.4

Arriaga’s death on the Santa Margarita was a blow to the Church, and it was touchingly described in a letter written by Father Francisco de Villalba from Havana in September of 1622:5

“I looked for Don Bernardino de Lugo, knight of Santiago and captain of the [Santa Margarita’s] infantry, who had escaped with some sailors, and in asking him about Father Jusepe and Father Claudio Colini, his companion, he replied as follows: ‘The Father Paul Jusepe, of the Company of Jesus, was in my galleon Santa Margarita in the stern cabin, with his colleague Father Claudio and other passengers, residents of Lima. I would like, my Father, to make a great account of this blessed priest, but, in brief, I can say that, among his many talents and great spirit, one was the gift of prophecy: Because of what that saint told me, today I have life. I confessed to him at the time that the galleon ran aground
and was lost, and with his benevolence he absolved me; he told me to confess later, more slowly. He gave me the understanding that I would not drown.
And trusting in that word, I looked for a plank on which I could escape with my life, and the Lord gave one to me, and I escaped, not knowing how to swim, but trusting, as said, in the protection of that holy man; I had the good fortune
by which I was helped by a ship that found me in the sea and brought me to
this city.

Of the death of Father Jusepe it is said that he did not drown, because the shallop [recovered his body] with a Christ figure in his arms, with which he had encouraged all the people of the galleon, after having confessed, to endeavor to die as good Christians. Dressed in his cassock and cloak of fine serge, he went to a cabin and there, driven to his knees, eyes fixed on the Christ figure that he held in his arms, gave his soul to God, without the suffering that was tormenting the others. He was touched with that favor, which our Lord gave him, one deserved by his great holiness and virtue. Everyone else drowned.

His Majesty (God) left some sailors to be witnesses of this situation, and as such, I have spoken to all of them, and they agree with what the captain has said, which is what I have written here.”

Another letter, written from the Provincial Father in Nuevo Reino (Colombia) to his colleagues in Peru, attested to the impact of Arriaga’s passing: “There is such great feeling had here from the death of our good Father, and there is such deep admiration of his holiness, that the greatest loss, it is said, after that of so many galleons, is that of Father Jusepe.”6

Arriaga's body was among those recovered from the shipwrecks and taken back to Cuba. After a funeral procession through Havana for those who perished, he was interred in a tomb bearing the epitaph: “Here lies the servant of Christ, the very Christian Father Jusepe de Arriaga.”7