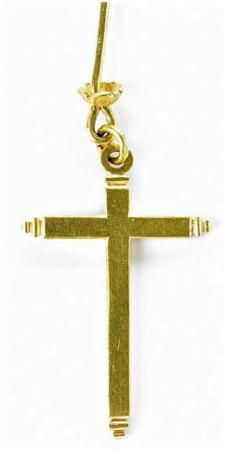 Rosary
To find out more click on the image above

Explainer: The Spanish Inquisition
Don Martin de Verganzo (aka Berganzo and Verganço) was the son of don Martín de Verganzo y Gamboa, originally from Villa de Salinas de Leniz, in the Basque Province of Guipúzcoa, and doña María de Velasco y Angulo, a native of Santa Fe de Bogotá. The father had moved to Bogotá in the late 1500s, and there he found success. The elder Martin served multiple terms as Mayor of Santa Fe de Bogotá, between 1601 and 1632. He also served as Attorney-general, an officer of the Inquisition, and Royal Treasurer for Bogotá from 1609 to 1619. He was also a long-time commission-merchant, and he had been organizing shipments of goods between Colombia and Spain since at least 1592.1

Of the younger Martin, it was said, “Martin de Verganço Gamboa, member of the Holy Office [of the Inquisition], drowned while going to Spain in the Cayos of Matacumbe in the year 1622, without leaving any descendants.”2 Like his father, Verganzo was a local officer of the Inquisition. As such, he was not a member of the clergy, but rather a constable-like representative for the state agency, who watched for anything in his community that might be of interest to the court of inquisitors, particularly as it related to heresy. Inquisition officers had tremendous power, as their work was done anonymously, with the accused not knowing their identity. They were protected from inquisitorial prosecution themselves, could carry weapons, and were exempt from certain taxes. Plus, being a member of the Inquisition was proof-positive that one was descended from a line of “pure-blooded” Christians.3

It is not known why Martin de Verganzo was traveling to Spain on the Atocha.