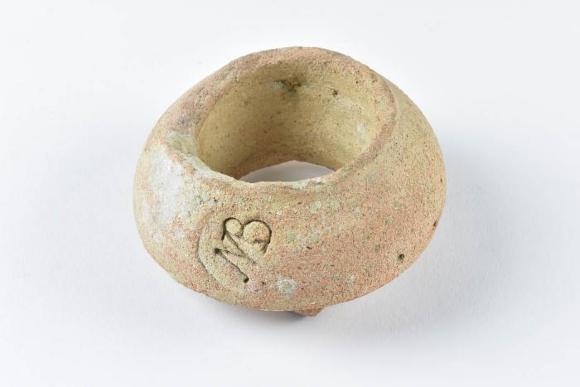 Explainer: Silver Bar Markings
Miguel de Munibe was a long-time, Basque resident of Lima, where he and other family members were commission merchants in the trade of silver and other commodities.

The involvement of the Munibe family in American colonial trade began when Juan de Munibe arrived in Chile in 1585; in 1586, Juan brought his younger brothers Lope and Fernando from Spain. By 1600, the Munibe brothers had moved to Lima, where they quickly integrated into the business community there and became quite successful.

It is not known exactly when Miguel de Munibe arrived in Peru or when he entered the business, but his first appearance in the historical record is in 1612, when he, along with his brother Lope and other Basque residents of Lima, organized the Brotherhood of Nuestra Señora de Aránzazu, the first formal Basque fraternal and mutual aid society in the Americas. As part of their mission, the group purchased the chapel of Encarnación de Nuestra Señora y Anunciación de Nuestro Señor.1 This chapel has been continuously maintained since then and is found today in the Basilica of San Francisco in Lima.

By 1620, Miguel was a factor (administrator/merchant) involved in the shipment of silver in the Carrera de Indias (the Indies circuit). In 1621, Miguel and Juan de Munibe lost nearly 50,000 pesos of silver and other cargo in the wreck of a ship bound for Spain.2 Despite obvious hazards, Miguel de Munibe was shipping at least 109 silver ingots with the 1622 Tierra Firme fleet—102 on the Nuestra Señora de Atocha and 7 on the Santa Margarita. These bars were sent on his own account, in partnership with his brother Juan de Munibe, or on the account of others.3