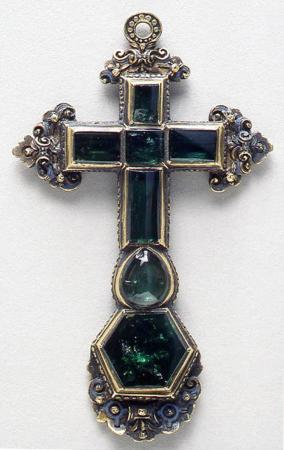 Crucifix
To find out more click on the image above

Pedro de la Madriz’ official title for his mission in Peru was “Visiting Reformer General of the Order of the Hermits of the Order of our Father St. Augustine in the Provinces of Peru and Chile.” He was the third such “visitor” to Spanish South America.1 The Augustinian representative toured the American colonies as an official assessor, to make sure religious affairs there were being managed to the standards of the Church and of the order.

Madriz traveled throughout the region and was well-received by those who met him. The Viceroy of Peru, Francisco de Borja, the Prince of Esquilache, wrote of Madriz’ arrival to the colony in the later part of 1620: "The order of St. Augustine has a visitor called Master Father Pedro de la Madriz, to whom His Majesty commands that help and favor be given in order to achieve the reform for which he comes; and I can say to Your Excellency that I have recognized in him prudence and zeal with equal religion."2 Madriz spoke at the Convent of Lima multiple times, and he also attended the doctoral graduation of Father Gaspar de Villarroel at the University of San Marcos in Lima. Madriz was so impressed by de Villarroel that he appointed him his secretary and representative for the province of Peru.3

Madriz traveled south to Chile in the first months of 1621, and a Father Torres there wrote, “Because of the satisfaction that was had from his great virtue, observance, and letters; from his prudence and well-known piety, one entrusted the wise move of that visit.”4 Later in 1621, Madriz visited Potosí.5 By the spring of 1622, he was back in Lima, and from there he made his way to Portobello to board the Nuestra Señora de Atocha. Pedro de la Madriz was returning to Spain with three other Augustinian representatives—Francisco de Carrion, Antonio de San Agustin, and Cristobal de Ortega—and all of them perished.