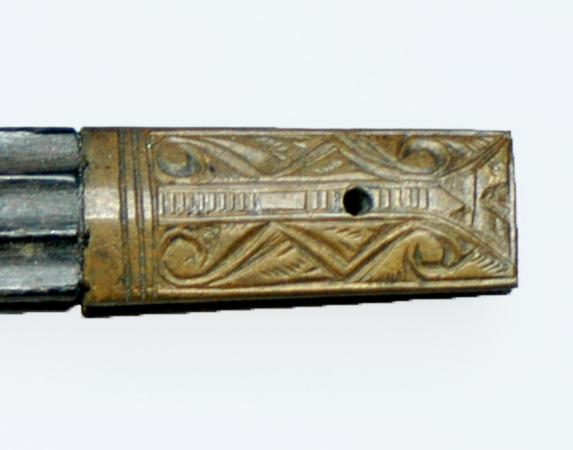 Andres Lorenzo, the twenty-nine-year-old son of Juan Lorenzo, was a native of Puerto de Santa María, a town near Cadiz, Spain. He was a tall man, with two wound scars on his forehead. Lorenzo was one of only five people who survived the sinking of the Nuestra Señora de Atocha.

The crew labored twenty-four hours a day, with sailors assigned to a specific work shift. They had to maintain the ship’s rigging, keep watch at night, handle boats and anchors, load and stow cargo, and work the pumps. They had to make minor repairs themselves or advise specialists, such as the carpenter or the caulker, of any threat to the ship’s integrity. In battle, they even had to join the soldiers and gunners defending the ship. It took a veritable army to do this work. Aside from the nineteen ship’s officers and specialists, there were thirty-nine sailors, forty-one apprentice sailors, and thirty-two young ship’s boys on board the Atocha.

As evidenced by Lorenzo’s scars, a sailor’s life was dangerous. Fights among the crew or on shore between voyages were common but seldom fatal—the real risk lay in seafaring itself. Apart from drowning, a fall from the ship’s rigging could maim or kill and lesser accidents were numerous. Few sailors lived to old age. They worked hard, enduring cramped living spaces, poor food, and brutal discipline. Nevertheless, for many of Europe’s poor, a sailor’s life had the attraction of steady employment at a considerably higher wage than that of a land-dwelling peasant. Transatlantic sailing held out the possibility of advancement and adventure or, for those who were in search of a fresh start, the chance to “jump ship” in the Americas.

Andres Lorenzo was one of the fortunate few to survive the Atocha shipwreck. He and two ship’s boys, Juan Muñoz and Francisco Nuñez, along with two unidentified slaves, were found the day after the ship sank clinging to the broken mizzenmast. It was the only part of the galleon protruding above the water. What happened to Lorenzo after his rescue is lost to time.